skip to main | skip to sidebar

Our second day in Amman, Jordan

Our second day in Amman, Jordan

Ah, business meetings! What a joy! ;o) OK, maybe not – but they are necessary in order to do business the right way! We spent many hours discussing the needs of our company with our Jordanian Dead Sea business partners.

One of our biggest concerns is the shipping of an order. In the past we have opened a 20ft container to find an enormous mess. Our last shipment we lost over 1000 pounds of the Miracle Dead Sea Mud! I was in tears as I watched it being washed away down the street. The hired help we had could not understand my sadness until I explained how it hurt my heart so because that incredible mud would not be able to help people.

Our other concern was shipping time of an order. We have had a shipment take as long as 6 months to arrive at our facility. This is something we can not accept. We had to come up with strategies on how to avoid this problem. It really has nothing to do with us placing an order or the container being filled, it has to do with the shipping yard where the container is delivered to.

During our meetings, jet lag began to set in on me and I did not feel good at all. I had to get up and move around many times. Feeling nauseous during a business meeting is not an enjoyable experience by any means!

After long discussions ranging from shipping to ‘the money factor’ we all agreed to work together. Our company will become the USA distributor for Dead Sea Bulk Materials. (Hey, what a Great company name! LOL!) All inquiries placed within the USA to the DeadSea-Jordan Independent company will be referred to us. And that’s what we came here to accomplish.

Around 6:00pm we began to discuss dinner options. I was quite dizzy by this time due to the jet lag. They asked if we liked BBQ. I cracked up and said, “Guys, if I wanted to eat BBQ, I would have stayed at home!”. They did not understand. They were not talking about Southern BBQ they were talking about Jordanian BBQ. They took us to a local, very quaint restaurant that specialized in Lamb BBQ also called Shish-ka-bobs! When we pulled up in the parking lot I saw a large pen full of sheep. It blew my mind! Jim later went on the tell them about restaurants like Red Lobster where you pick the lobster you want for dinner. He was joking about picking out our own sheep for our meal. Turned out they did raise those sheep for the meals they prepared. There was a local butcher they took them to for preparation of the meat to cook. 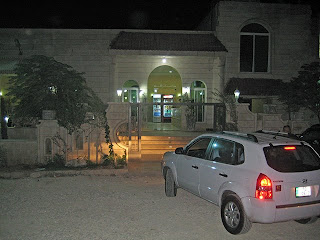 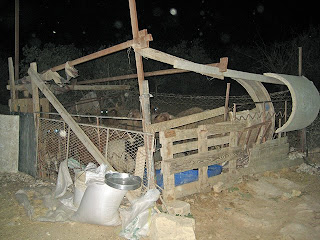 The meat was very savory and delicious. As I ate it I thought about my recent Bible study when Jacob sent Esau out to hunt for venison to prepare him the savory meat he loved so much. Even though I was eating lamb and not venison, I still could not help but wonder about the herbs that were used for their meals back then. With our dinner they ordered a local fruit drink made from dates. It was very sweet and we really liked it! 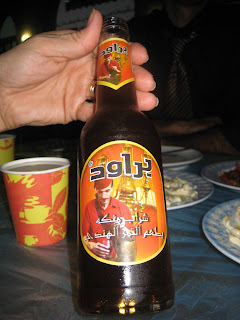 Once our meal was over, one of the men ordered a ‘smoke’ again. This time the smoke did not smell fruity. I inquired about the differences in the aroma and they explained that each provider made their own blend so they all varied. A ‘smoke’ cost about $5 USD. That seemed kind of high to me, until they explained that it could last as long as 2 hours. Fortunately we didn’t stay there that long.
Next we went to a local mall to look around. Lots of clothes and jewelry. We were looking for a particular item as a souvenir but were unsuccessful. From the mall we went to a local sweet shop. I could not believe all of the different products they made! From tiny to humongous! One of the partners purchased various sweets for us to try. One of our favorites was a local Jordanian specialty it was called, Kenaffa. It was amazing! It is made from sheep milk, Arabic honey and a crunchy topping that is sprinkled with what appeared to be pistachios. YUM! 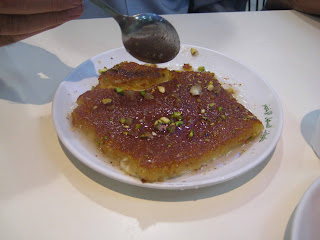 Once we ate the sweets we headed back to the office to get our items we had left then back to our hotel. Jim and I packed our suitcases in preparation of departure in the early morning for the Marriot on the Dead Sea! I can hardly wait! Muddin’ and Floatin’ in the Dead Sea! Yeah!

Off to bed to try and sleep! I’m not doing to well in that department right now!